This page has lots of free pocoyo coloring pages for kids,parents and teachers.

Pocoyo is the eponymous main character of the series. He is a young boy full of curiosity who loves to play games and discover new things. He is very acrobatic and moves at a quick speed. He is always shown wearing blue clothes and a hat. He is four years old; his “birthday” is October 14.[7] His best friends are Pato, Elly, and Loula. He has a vehicle called the Vamoosh which he can use to travel under the water, in the air or through space. Although he is very friendly and sweet and almost always in a good mood, Pocoyo is also highly self-centered, distracted by the simplest things, easily frustrated, frequently jealous of his friends, and disobedient, but tries his hardest to fight his flaws and learn morals. He is voiced by Montana Smedley most of the time, but occasionally, by Alex Marty.
The Narrator (del Rio, Fry or Hughes) speaks over the entire show, and often communicates directly with the characters. Pocoyo has a good relationship with him, and is always to delighted to see (hear) him. The narrator is also at times physically involved in the events of the episodes, making him more of an heard-but-not-seen character rather than a strict narrator.
Pato is a yellow duck who wears nothing but a small green hat. He has a fondness for gardening, and is often seeing watering plants and flowerbeds. Pato means duck in Spanish, Portuguese, Filipino, Tok Pisin and Papiamento. He is a favourite amongst the young children due to his enjoyable dancing and the fact that his beak turns 360 degrees. Although friendly, Pato is the most fussy and impatient character (indicated by his beak that bends in an angle when disappointed or shocked); on occasion he completely loses his temper, jumping up and down and quacking furiously with his beak spinning rapidly. He is used as a jackhammer or missile and can become a helicopter. In the pilot episode in 2003, he was first called Ducky then changed the name to Pato.
Elly is a pink elephant who always wears a blue back-pack. She loves making biscuits and tea, and she also has a doll that she loves very much, her birthday is May 4. Despite her size, she is graceful and gentle, capable of ballet dancing. She is, however, very bossy and generally does things her way. She usually rides around on her pink scooter.
Loula is Pocoyo’s orange-yellow pet puppy and companion. She is also strictly a dog as she walks on all four of her legs. She sometimes hops as she is walking. Originally, the character’s name was Lucas, in tribute to creator and director Guillermo García Carsi’s dog but due to a shortage of female characters, the character was renamed Loula.
Sleepy Bird is a teal-coloured bird. It does little but sleep and usually flies with its eyes closed. It is named “Pajaroto” in the Spanish version (reportedly named after a Zinkia employee nicknamed “Maroto”, and bearing a strong resemblance to him)[citation needed] The character also known as “Pajaro Dormilon” in the LATAM-Latin American Spanish version.
The Children are a group of kids who, like The Narrator, speak over the show, answering questions asked by The Narrator in order to assist Pocoyo in solving a problem or to let Pocoyo in on what’s going on. Like the Narrator, the children’s consistent involvement in the plot make them a sort of character in the show. 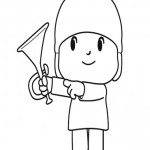 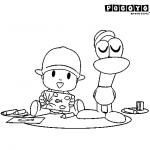 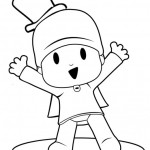 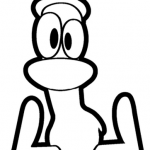 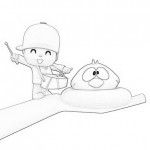 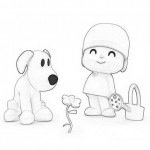 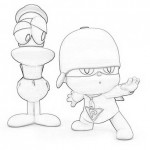 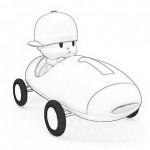 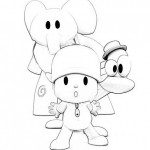 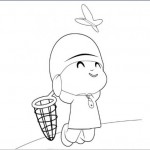 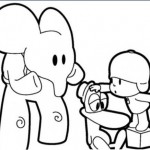 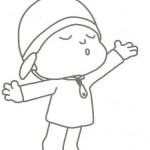 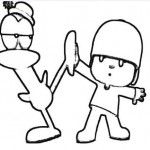 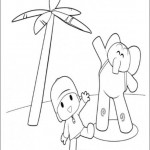 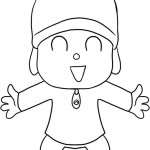 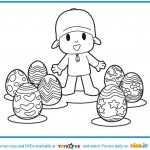 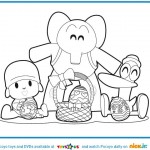 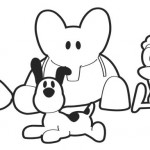 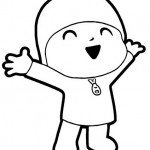 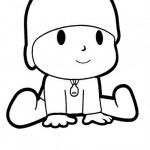 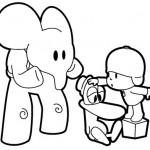